by Kanbier Museum 4 Comments
In society ‘De Burcht’ the performance ‘Deelder presents: Jacob Kanbier!’ takes place. During this poetry / action painting the Leidse artist Jacob Kanbier will realise a monumental painting of three by six meter inspired by the lyrics and presentation of Jules Deelder.
The performance of Jules Deelder consists of parts from his current theater show ‘JA! Deelder’ and a few evergreens like ‘Python Place’, ‘Nacht in Tunesië’ and ‘The Yellow Rose of Texas’. Deelder and Kanbier will be assisted by the manager of Deelder, René Vallentgoed and Ger ‘SAX’ van Voorden. Start 21:00, Burgsteeg 14, Leiden.

by Kanbier Museum 1 Comment
The coming years we are going to build up the Kanbier museum with a team of four people. We are starting with a new concept, namely an online museum. This museum will contain different blog posts, articles and paintings from the Dutch artist Jacob Kanbier. In his birth city Leiden he is notorious, in The Netherlands he is famous, and abroad his fame is increasing rapidly. We get an acknowledgement of that by the growing amount of visitors from all over the world. More and more paintings from Jacob Kanbier were sold in Europe over the last 30 years and recently there is a widely interest from China. That’s why we will not only write this website in English and Dutch, but also in Chinese.

Jacob Kanbier was born in the Dutch city Leiden in 1949. His father was a very successful businessman who owned lots of companies and he was hoping that his son would it take over from him. Jacob however had a totally different idealism, namely creating art that he can leave behind for many generations to come. He starts his first painting steps when he is in the end of his 20s. A few years after that he starts at the Art Academy in Amsterdam, but the Dutch art education is totally not appealing to him. Mainly a lot of “wannabe” artists who do exactly what the teacher told them to. That’s why he self taught all the techniques so he is mainly autodidactic.

Kanbier lets himself mostly inspire by the artists Willem de Kooning and Jean-Michel Basquiat. Based on these artists, his preference is rough work that he creates with his hands and brush, in an explosive creative process. 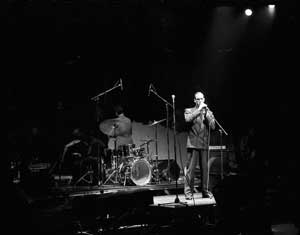 Following on famous Dutch artists from the past, Kanbier paints as one of the last Dutch artists mainly on large size canvas. Sometimes even extreme sizes, what he calls monumental work. He also likes to show himself to the audience with a lot of so called “live action paintings”. He is more and more noticed and that results in 1987 in an “action painting show” at the Boulevard of Broken Dreams in Amsterdam, together with Herman Brood, Jules Deelder and Simon Vinkenoog. Jules Deelder talks monologues in the theater and Kanbier paints about that on the stage at the same time. In the same year Kanbier had his first solo exposition in Museum de Lakenhal in Leiden. 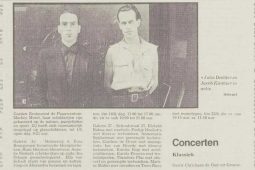 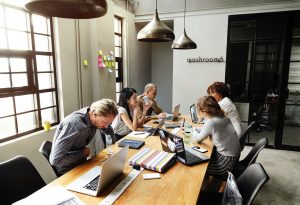